Is the movie: 'Coco before Chanel' a great inspiration or not thát inspiring...?
If you want to know everything about Chanel couture, you sure want to watch the movie "Coco before Chanel". The film was released in 2009, but is also available on Netflix and online-stores. But is the film worth the effort?

Coco & Chanel
The film is about the early life of style icon CoCo Chanel. Coco was born as 'Gabrielle' but was soon called Coco. The film starts at the moment when her father drops off little Coco and her sister at the front door of an orphanage, for personal reasons... The lifepath Coco follows is not always such a 'chic' story. But the film is portrayed everything very stylishly and beautiful. You will soon forget and forgive her 'way to the top' although her career path is one of getting along with rich gentlemen, an intense desire for wealth and talents that ultimately lead to her world fame.

Hats & couture
Hats play a major role in the film. As soon as she is allowed to stay on Mr Balsan's beautiful estate, (a man without a plan but born very rich), she starts making hats. Her minimalist taste and style is well received by the rich ladies who can hardly move in the far too tight dresses ("party-clothes", Coco calls the clothing), corsets and loose-fitting hats.
But boredom also strikes at Coco and after a passionate weekend with another man (oh well, why not?), in a coastal town, she  smells the fresh sea-air and notice the world needs her. At least, the rich women  need her, because in today's fashion (= then) the women cannot even enjoy a day at the beach.

Coco goes Paris!
She is back on the estate, because Mr. the lover appears to have financial obligations (= marriage) with another woman. Coco is comforted by sugar daddy Balsan, who holds her in his arms again. All's well and they could live happily ever after, excessively rich and bored to death. The story could have ended here and the Chanel brand would never have been there. (And this website and blog either ...)

But where the film ends, the life of "Chanel" begins. She takes the car, correction: horse and carriage, and heads to Paris and moments later (?) the most beautiful scene from the film follows: Audrey watches, from behind the scenes, how models walk on the catwalk with her designed clothing... 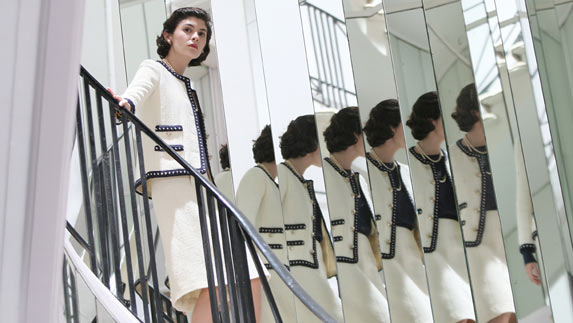 Beautiful Audrey Tautou
The camera (man?) loves Audrey. The close-ups of her beautiful face are pleasant at the start of the film, but become annoying after a while. We would have preferred to see close-ups of the dresses and beautiful hats. Anyway, Coco's talents were unique and in the film we see moments that gave her inspirations for her couture and style: the men's clothing (heavy tweeds), the fabric jersey (she updated from an poor image to a luxurious image), the black minimalism, the pearls, the riding clothes and even the men by the sea (wide pants, Breton stripes).

Fairy tale or disappointment?
Both! The film is a fairy tale in terms of colors, the beautiful face of Audrey, the mansion, the horses and the clothing of the nobility. However, if you want to see the film  to get to know more about the Chanel couture and its origins: then you'd better read a good book. Like the Claire Schaeffer books, which contains a lot of information about the Chanel-couture. Or the book by Daniele Bott "Chanel Collections and Creations" which contains everything about the Chanel Style. 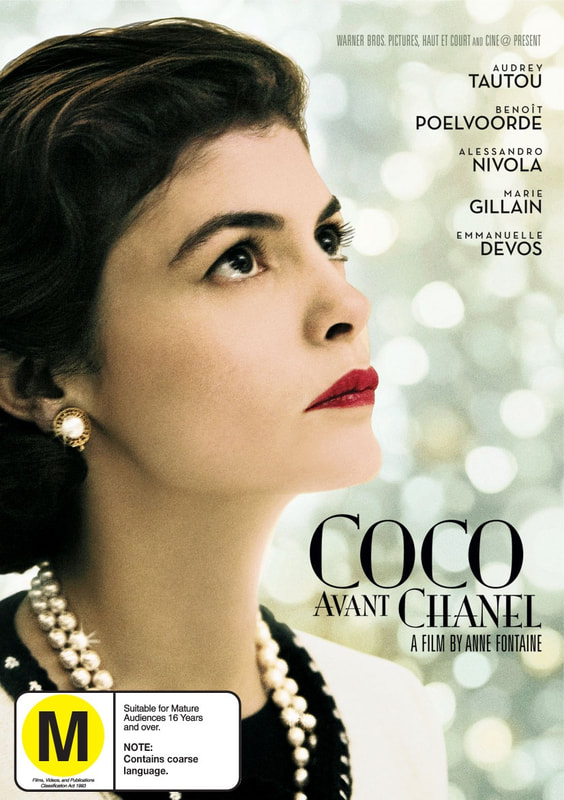 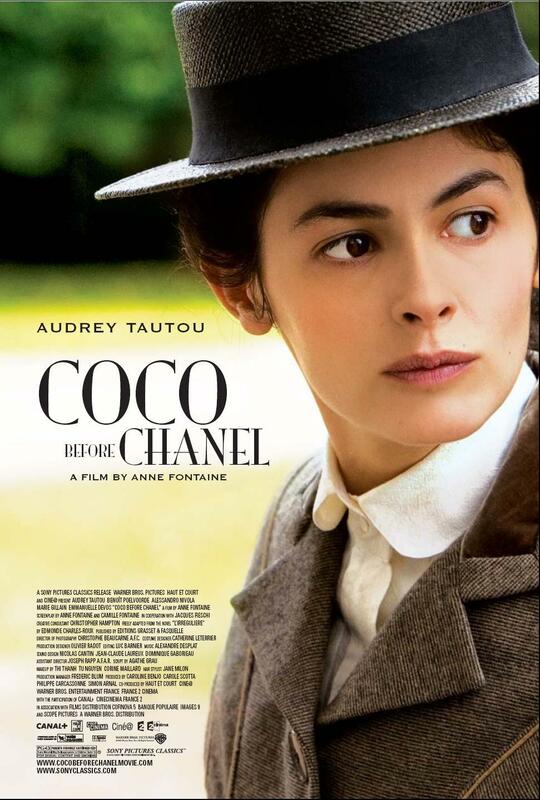 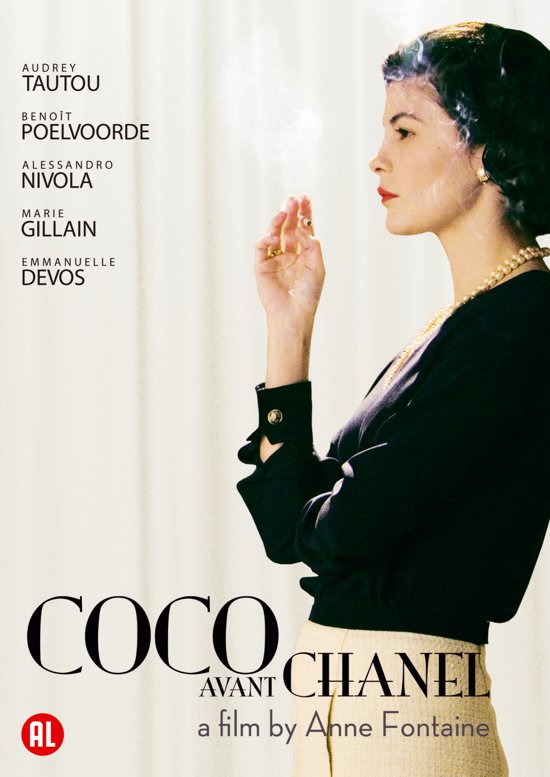